Roots of the Earth

About Roots of The Earth

Roots of the Earth is a movement that works to preserve the culture, tradition and spirituality of the indigenous nations from the whole world and to share their knowledge, wisdom and respect for the nature (mother earth) and everything that surround us. Nowadays Roots of the Earth works actively in Mexico, Chile, Colombia, Peru, Belgium, Holland, Italy, Spain and Austria.

Roots of the Earth, inter-tribal gathering of aboriginal nations.
The world united in one prayer. 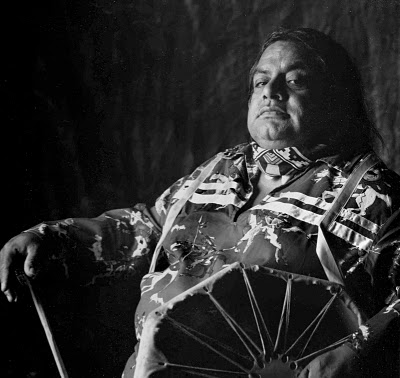 Roots of the Earth is the dream and vision of a medicine man called Raymundo Tigre Perez, who was raised in Texas, and was involved with the spiritual way of life of the Navajo Dine nation, placed in the Indian reservation of Big Mountain and the Lakota Sioux Nation from south Dakota.

Tigre Perez has dedicated his life to spread the essence and importance of the indigenous spirituality, and to become a link of unity between the indigenous and the mestizo people. He fought passionately for the rights of indigenous people and Latin-American immigrants in the United States.

Thanks to the heritage of Tigre Perez, for more than 45 years in north and south America and since 2009 in Europe, it has been done a great duty that served as a bridge to establish a global inter-tribal alliance between the indigenous cultures and the modern society around the world. All of these traditions taking place at the Roots of the Earth's ceremonies during all of these years.

According to the perception of Tigre Perez this duty opens a window to the universal conscience of the human kind and it reinforces the geomagnetic net of the Earth. This facilitates the generation of sustainable and conscious life and the blending of the mineral, vegetal and animal reign with the four basic elements of Mother Earth: fire, water, wind and Earth. This state is reached thanks to the indigenous Elders (shamans) who work together as one spirit-mind-heart, developing a ceremony of healing for mother earth and the humanity during four days and three nights.

The Heart of the ceremony takes place inside an indigenous design of altar called "kiva" which consist of a circular excavation, an inside Earth altar where the Elders gather together to pray and to raise their invocations of healing and gratitude to Mother Earth around the holy fire, which is kept burning during the four days of the Prayers.

Roots of the Earth has managed to bring together in love, people of the 4 races in the 5 continents, creating bonds of unity and peace between various tribes/nations, even the ones who were against each other historically. Part of the dream and the vision of Raymundo Tigre Perez was accomplished in this way.

The participants of Roots of the Earth will have the opportunity to attend several workshops such as: perm culture, eco-construction, meditation, yoga, peace dances, music therapy, alternative medicine, vegetarian kitchen and many more workshops that year by year are added to our program. There are workshops for children as well, like painting, music, dance, story tellers and plays.

During the 4 days of the ceremony we all have the opportunity to receive the teachings and wisdom of these elders and spiritual leaders of the invited indigenous tribes from all over the world. This is a great chance to remember the importance of universal values like respect and take care to the Earth who is feeding us and giving us a place to build up our shelter to live, remember the value of living in community (common-unity) regardless the place where we come from, our language or the color of our skin... We all are one...

Roots of the Earth